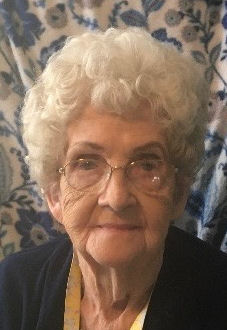 Dorothy Joan (Stotler) Coffman, who passed away on Saturday, November 12, 2022, was born December 2, 1932 in Marietta, Ohio to Geraldine and Herbert Stotler of Marietta, Ohio. During her early years, she lived on the West Side of Marietta before moving to her Pinehurst home of many years. According to her family, Dorothy was quite a softball player and athlete in her high school years. On April 22, 1950, she married her loving husband, Ralph DeWitt Coffman Sr., who preceded her in death on January 7, 2016.

Dorothy dearly loved her family. She did everything she could to support her four sons in their many school activities including sporting events by attending literally hundreds of their games. Former Warren Elementary Basketball Coach, Jack Lynch, even went so far as to refer to Dorothy (and her best friend Maglena Arnold) as his toughest fans and volunteer assistant basketball coaches. Dorothy was a dedicated Warren Warriors and Cleveland Indians fan and watched as many games as she could.

Every Saturday night, Grandpa Clemens Coffman babysat the four young boys so Dorothy and Ralph could have their weekly Saturday date night by going out bowling with friends. In fact, Dorothy was an avid, competitive bowler and successfully competed in many leagues and tournaments over the years.

Dorothy loved writing poetry and was an excellent record keeper for the family including, among many other things, Ralph’s extensive and successful water hauling business. She also was quite a carpenter and would use parts of old tv encasings to make the most amazing crafts; including doing all of the actual cutting, drilling, painting or varnishing, nailing together, and assembling her new very impressive creations.

In her late 70s, even during the hottest of summer weather, Dorothy could be seen weed eating in her yard, and occasionally even on very steep banks along the road.  As recently as one year ago, she could literally stand up straight and kick her foot above her head and then she would challenge others to do the same. In later years, Dorothy also loved sending greeting cards, enjoyed chocolate milkshakes and mints, and gave the absolute best hugs. Her love will be forever cherished by her family and friends.

Special thank you to Dr. Dennis and his precious staff and practice, all the special angels working at Appletree Assisted Living in Barlow, the amazing staff of patient angels working at Harmar Place (Haven Unit), and McClure – Schafer – Lankford Funeral Home.

In lieu of flowers donations may be made to: Warren Volunteer Department and Emergency Squad.

Funeral services will be held on Thursday (Nov. 17) at 2:00 pm at Tunnel United Methodist Church with burial following in Tunnel Cemetery. Family will greet friends at the church before the service from 12:00 until 2:00. McClure-Schafer-Lankford Funeral Home is assisting the family and messages of sympathy may be sent at www.Lankfordfh.com.